A Fire Drill for Near East Preschool Students

Near East Preschool Year 3, 4 and 5 students were given a practice of the emergency procedures to be used in case of fire when they were taken to a school trip to the Nicosia Industrial Area Fire Brigade.

According to the press release issued by the Directorate of Press and Public Relations of Near East University, due to “get to know occupations” and “when I grow up” themes focused on at the school, the students were taken on an observation trip to the fire brigade. The students were informed about the duties of fire fighters and told that they not only put out fires but also saved animals and people from building wrecks and from situations alike; in short they saved lives. Furthermore, the students were show the different equipment which fire fighters used and how fire fighters extinguished fire.

In addition to the above, the students were provided information on the possible causes of fire so that they can avoid these circumstances; such that students were advised not to play with electrical household devices, electrical switches, matches, etc. They were also told that the number to call for a fire incident was 199 whereas the number to call for wildfire, such a forest fire, was 177. 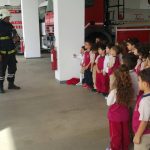 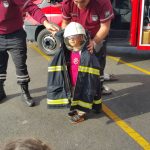 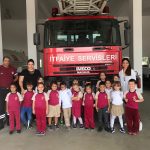 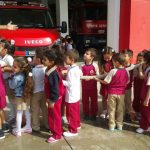 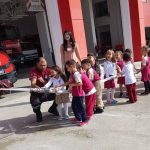 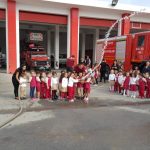 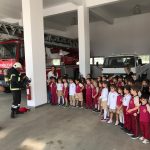