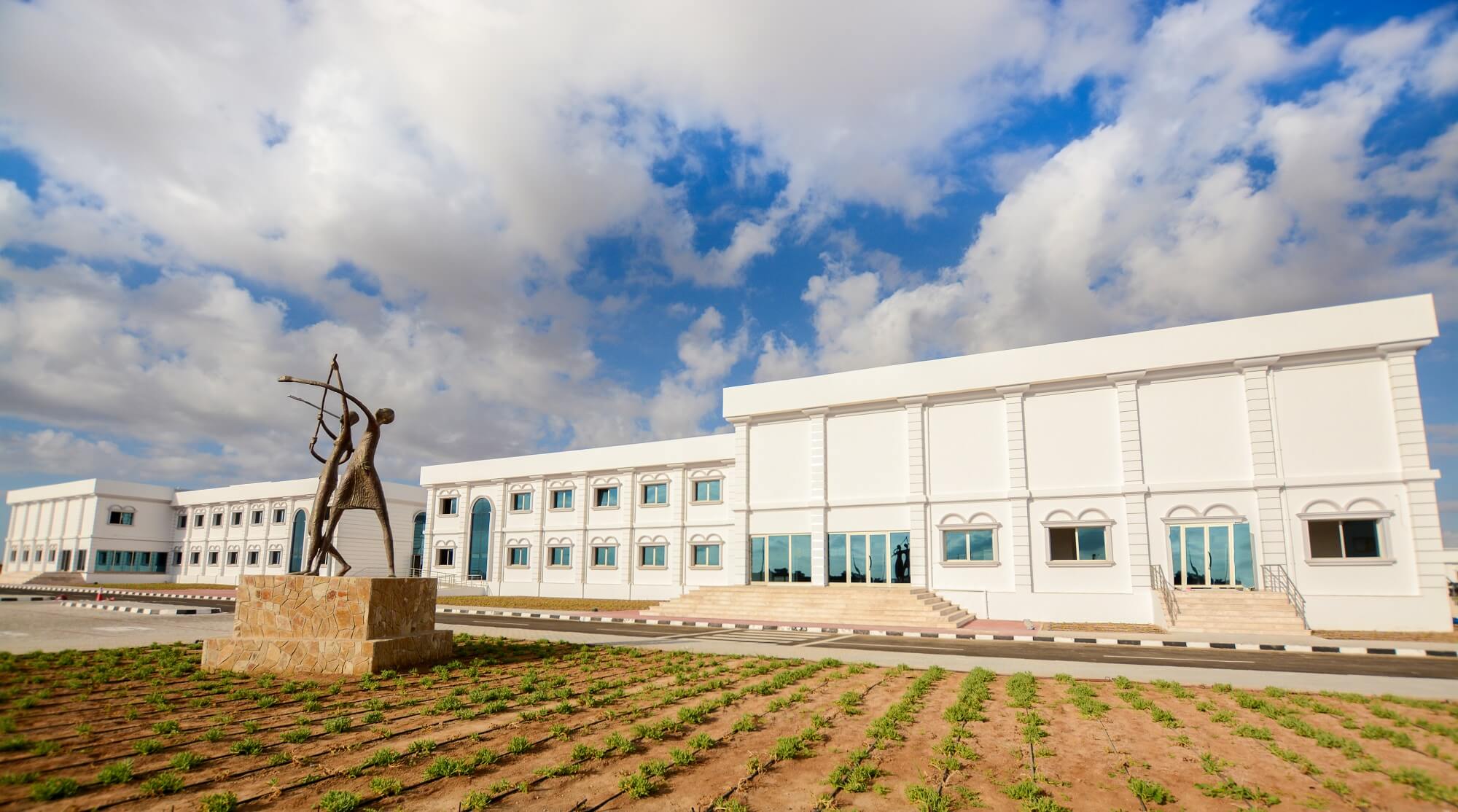 With its modern educational infrastructure and fully equipped campus, Near East College Yeniboğaziçi Campus, which has brought its 42 years of experience to the Famagusta region, started education with 400 students. The official opening ceremony of the Near East College Yeniboğaziçi Campus, which includes the kindergarten, preschool, primary school and college, will be held on 15 November.

Near East College Yeniboğaziçi Campus provided the Famagusta region with the confidence-inspiring education it needed with its education system and facilities as well as its physical and technological infrastructure. Near East Yeniboğaziçi Campus aims to raise individuals who have received education in more than one foreign language at international standards from pre-school to high school, and can think in an innovative and creative way.

A Privileged Campus equipped with the latest technology...
Near East Yeniboğaziçi Campus is a privileged campus equipped with physics-chemistry and biology laboratories, computer laboratories, science workshops, library, painting, music, dance and other art activity rooms, multi-purpose show and meeting halls, open sports areas and dining halls. In addition to the smartboard in all classrooms, the lessons are carried out practically and interactively with the visual and audio equipment.

Near East Preschool Education is conducted in three languages...
At Near East Preschool, which started foreign language education from the very first level, "bilingual" education is carried out in cooperation with Cambridge University Press. Accordingly, the lessons are taught simultaneously and bilingually with two teachers, one of whom is Turkish and the other is a native speaker. In order to introduce students to different cultures and languages at an early age, French is included in the curriculum as a second foreign language. At the Near East Primary School, as a result of the curriculum studies conducted with Cambridge University, with the Cambridge International Primary program, mathematics, science, and computer lessons are also given in English. In addition to qualified language education, with mindfulness studies and science workshops, the infrastructure is prepared for students to raise their awareness, way of thinking and learning while they are still at the kindergarten level.

With its educational mission aiming to teach English at the highest possible level and being an internationally recognized and used EDEXCEL exam center, the doors of studying abroad will be opened by Near East College for the students of Famagusta. At the Near East College, students will be trained for exams such as IELTS, SAT and TOEFL, which are accepted all over the world, in addition to GCE and IGCSE programs, which enable applications to many universities around the world.

Sait Baki: "We have a fully equipped campus where we can apply our innovative education model fully..."
Expressing that they are happy to carry the privilege of being a student in Near East Preschool, Near East Primary School and Near East College to Famagusta region, Near East Yeniboğaziçi Campus Director Sait Baki stated that they started the new education and training year with 400 new students with excitement and pride. Sait Baki said, “We have a fully equipped campus where we can fully implement our innovative education model. Near East Yeniboğaziçi Campus has started to provide complete training, taking into account all the hygiene rules required because of the pandemic issues."

Baki added that they offer their students the opportunity to learn by studying in smart classes, science labs, physics-chemistry and biology labs, computer labs, science workshops, library, painting, music, dance and other art activity rooms. Emphasizing that every graduate student can speak a foreign language as his or her native language as a result of the bilingual education curriculum implemented in cooperation with Cambridge University, Baki reminded that they teach in French as well as English. Sait Baki said, "In addition to GCE and IGCSE programs, which enable applications to many universities around the world, we also prepare our students for exams such as IELTS, SAT and TOEFL, which are accepted all over the world."

Beyza Kılınç: "We aim to raise your children as individuals who are curious, asking questions and seeking answers, and improve their learning skills which will also be reflected in their future education..."
Beyza Kılınç, Deputy Director of the Near East Pre-School, stated that they started their first education year with the enthusiasm of meeting their students and said that they will make a big difference, especially in foreign language education. Saying that the lessons will be taught simultaneously in Turkish and English, Beyza Kılınç emphasized that French will also be taught as a second foreign language. Stating that they prepared a school environment in which students would socialize by quickly overcoming the school adaptation period in pre-school education, Kılınç said, “We aim to raise our children as individuals who wonder, ask questions and seek answers, in a way that will have positive effects on their future education lives”.